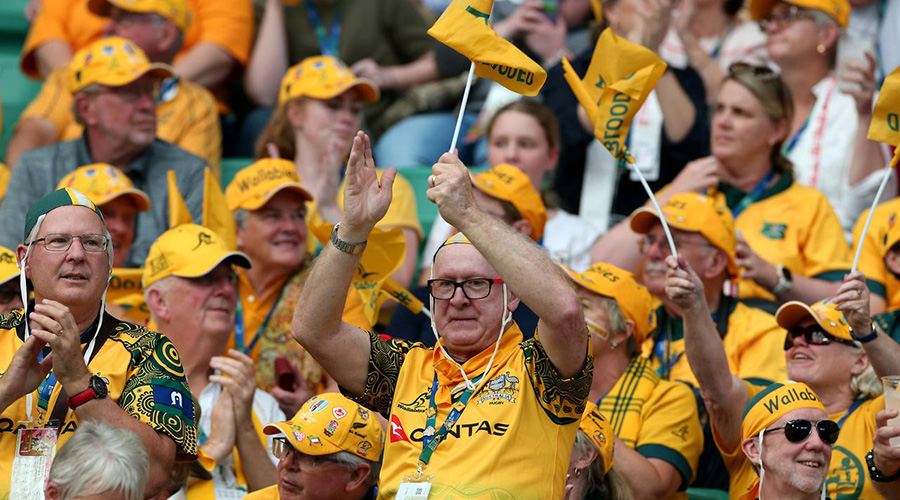 We are pleased to offer a number of tours and packages as an Official Travel Authorised Sub Agent of Rugby World Cup France 2023.

Whether you want to be there for the opening pool stage, the business end or the whole 52 days we have you covered!

Each of our tours includes a former Australian player or rugby aficionado to offer insight to the tournament, the players and country as well as share a few beers and laughs along the way!

Matt Dunning, Benn Robinson & Peter Playford will be with us for our Pool Stage tours. Drew Mitchell & Ryan Cross will join Benn Robinson in Marseille for our quarter-final to final tours. Matt Burke, Adam Ashley-Cooper & Matt Giteau will then join us for our semi-finals to final tour groups.

Justin Harrison leads our Chateau Experience tour in south west France from the quarter-finals to final featuring Category 1 match tickets and the chance to experience a unique slice of French cultural life.

We have hand picked these hosts for their likeability & what they can offer all our tour groups. While many of them played in France & speak French, all of these tours will also include a local French speaking tour guide to assist the group. So whichever tour you decide to join - you know you will be in good hands.

Tour 1: The Explorer (17 nights) hosted by Matt Dunning, starts in Paris for the start of the tournament and Australia's first pool match before taking in the French highlights of Bordeaux, Marseille and the French Riviera as we see Australia's crucial games against Fiji and Wales. The tour also includes the All Blacks, Italy and French matches.

Tour 2: The Getaway (16 nights) hosted by Benn Robinson, begins in Lyon for Australia's second and third pool matches against Fiji and then Wales. The tour continues until Australia's final pool match and visits the French Riviera and Marseille as well as Munich’s incredible Oktoberfest! Additional matches included are New Zealand, Italy and France.

Tour 3: The Expedition (24 nights) hosted by Peter Playford, combines Tour 1 & Tour 2 including all of the great touring plus Australia's pool games and additional matches.

Our Odyssey (51 nights) tour includes games and touring from the opening ceremony to the right through until the final, while our Agriculture Study Tour (20 nights) takes in Australia's first three pool matches, the best of the French countryside and concludes with Munich's incredible Oktoberfest! See below for further details.

Tour 4: The Voyager (16 nights) hosted by Benn Robinson, starts in Marseilles then visits Bordeaux and Biarritz between the quarter-finals and semi-finals before heading north of Paris to visit the battlefields and memorials of the Western Front as well as the Champagne region before the final.

Tour 6: The Wanderer (16 nights) hosted by Ryan Cross, starts in Aix-en-Provence then visits Avignon, Carcassonne and Bordeaux between the quarter-finals and semi-finals. We then head down to the Burgundy heartland of Dijon and the historic Champagne region between the semi-finals and the final.

Our Château Experience tour (16 nights), hosted by Justin Harrison, is tailored to travellers who want to experience French life and culture as part of a unique Rugby World Cup journey.

Tour 7: The Jaunt (10 nights) hosted by Matt Burke, includes the semi-finals in Paris before heading north to the Western Front and Champagne before the final in Paris.

Tour 8: The Quest (10 nights) hosted by Adam Ashley-Cooper, includes the semi-finals in Paris before heading to Bordeaux and Biarritz before the final in Paris.

Tour 9: The Rambler (10 nights) hosted by Matt Giteau, starts in Paris for both semi-finals then heads to Toulon & Nice with side trips to the best of the French Riviera. We return to Paris for the final.

Tour 10: The Parisian (10 nights) includes the semi-finals and final in Paris with 10 nights of accommodation for you to enjoy the city of lights.

Tour 11: The Liberté (6 nights) includes 3 nights accommodation for the semi-finals and 3 nights for the final with no accommodation organised in the week. This provides you the freedom to travel to other parts of Europe for work or pleasure.

Our Tour 12: The Odyssey (51 nights) returns in 2023 after a very successful 2007 version. This tour starts in Paris for the opening game and continues right through to the final.

Tour 13: The Château Experience (16 nights) hosted by Justin Harrison, is based in the Southwest of France in the Midi Pyrenees and Languedoc Roussillon regions, where Justin lived, played and coached rugby. The tour includes Category 1 match tickets, three nights in Marseilles for the quarter-finals, six nights in Paris for the semis and final plus 7 unforgettable nights in Châteaus in South West France.

All Escorted Tours include officially licensed Category 2 match tickets as standard so you can enjoy every game from incredible seats!

Unlike previous world cups, Rugby World Cup France 2023 has an extended schedule with pool matches played around five weekends with each team getting a bye-week. Australia plays its four pool matches over consecutive weekends from 9 September.

This means there is a two-week break between Australia's last pool game & the quarter-finals. For those rugby travellers who are thinking of mixing & matching tours, this two week break provides time to travel around other parts of Europe. Our Odyssey tour uses this time to spend four incredible nights in Barcelona before attending the Ireland v Scotland pool match and then heading north to Brussels for four days exploring the Belgian highlights!

Speak to one of our staff for some assistance & with tour or travel options in this period.

Flight details will be available in the leadup to the tournament. We will have group flight options with Qantas and can also arrange flights with your preferred carrier. All frequent flyer bookings need to be made direct with the airlines 12 months before departure. Flights booked through We Love Rugby will include arrival and departure airport transfers in France. We will be in touch with all tour members as soon as flight bookings are available!
Follow Australia Overview
Match Schedule