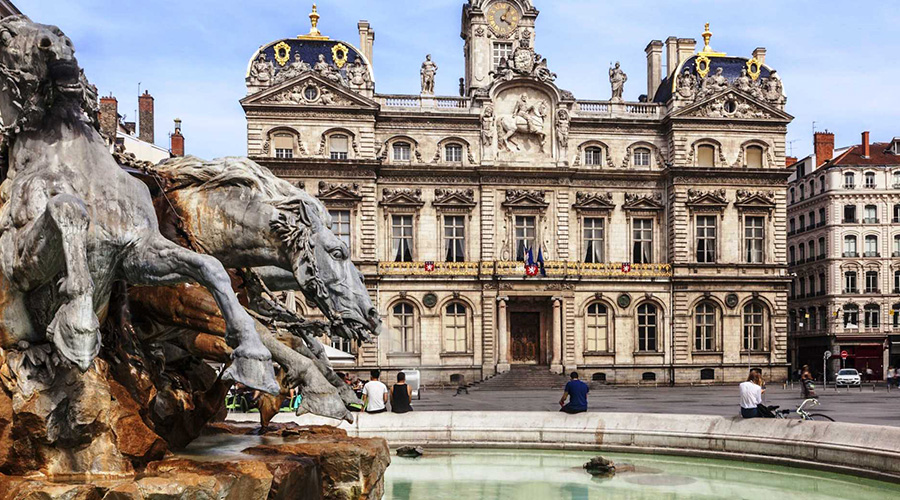 Our Expedition Tour, hosted by Peter Playford, combines our Explorer and Getaway tours. Over 24 nights we take in all that France has to offer including the opening of the tournament in Paris before we head to Saint Emilion and Bordeaux. We visit Toulouse, Lyon plus Aix-en-Provence and the French Rivera and cities of Nice, Monaco and Marseilles. From here we fly to Munich for the world’s biggest festival; Oktoberfest - an event that has to be seen to be believed! The festival was a highlight for travellers who joined us in 2007 and 2015 and will be an incredible experience in between the pool matches in 2023. Before returning to Lyon for the last of Australia's 4 pool stages matches. Stellaire!

Places are strictly limited to 42 people and will sell out. Lock in your spot with a $250 deposit - fully refundable if you choose to cancel before 1 March, 2022!

Plus you can add an optional ticket to the opening match - France v New Zealand at Stade de France on 8 September - to your tour!

Plus you can add an optional ticket to the opening match - France v New Zealand at Stade de France on 8 September - to your tour!

We will have flight options and prices for economy, premium economy and business class fares available 12 months before the tour and will be in contact at that time. Flights booked through We Love Rugby will include arrival airport transfers to our hotel.

Tonight we get together with our tour hosts at our opening night function as the tournament kicks off with the blockbuster match-up of hosts France taking on the All Blacks. Opening matches don’t come any bigger than this and it will be the perfect appetiser ahead of Australia's first match tomorrow!

A ticket to tonight's opening match - France v New Zealand - (including stadium transfers) can be added to your tour during the booking process.

Australia takes on the top European qualifier tonight at the incredible Stade de France. The Aussies will be looking to get their tournament off to a good start and we’ll be in full voice to help them along!

Today we head to France’s number one wine (and rugby!) region of Bordeaux. After check-in at our hotel we will sample of some of the region’s famous product at the bars lining Rue Parlement Saint Pierre.

Boasting some of France’s boldest architecture and public spaces Bordeaux is a delight for both visitors and locals. From the incredible Place de la Bourse to bustling Sainte Catherine Street and the UNESCO-listed Saint Andre Cathedral, the city has spectacular photo opportunities at every turn.

Today we head to Saint-Emilion and one of the region’s top wineries as we learn about and sample the best the area has to offer.

Today we depart Bordeaux and travel through some classic French countryside en route to Toulouse. The southern city of Toulouse is known for its sunshine and laid-back lifestyle making it one of France’s most pleasant cities.

This evening we head in to the old town centre for dinner before joining the locals at the pick of the city’s sports bars to cheer on the hosts as they take on Uruguay.

Today we take a tour of the historic city centre starting at the incredible central square of Place du Capitole before moving on to the Basilique Saint-Sernin, one of the most important churches on the medieval pilgrimage route to Santiago de Compostela in Spain, and finishing on the banks of the Canal du Midi.

This evening we head to Stade de Toulouse for clash between the All Blacks and the top African qualifier!

Today we travel to Lyon where we will be based ahead of this weekend’s rugby action. After checking in at our hotel we settle in for a massive evening of rugby action featuring Pool C rivals Wales and then the Irish take on the top Asia-Pacific qualifier in Pool B.

This morning we travel to Marseille ready for one of the highlights of our tour, France v Africa 1 live at Marseille’s Stade Velodrome!

We return to Lyon today ahead of Australia's massive Pool C clash with Wales. This evening we settle in at our local sports bar for this evening’s rugby featuring England’s match against the second American qualifier and then South Africa take on Ireland in Pool B.

Today is Australia's all-important clash with Pool C rivals Wales. As the Aussies learnt the hard way in Japan, a win here will be crucial to avoid the top-placed Pool D team come quarter-final time!

This morning we travel to the Bavarian capital of Munich where the annual Oktoberfest beer festival - the largest public festival in the world! - has just gotten underway.

After checking in at our central Munich hotel we head for the first of three glorious nights at the Theresienwiese grounds - a festival that has to be seen to be believed!

Munich’s old town centre is lined with stunning architecture, traditional markets and plenty of Bavarian history. Today the city is a fascinating mix of a modern economy set within a classic medieval town.

After our walking tour of the old town we return for more Oktoberfest festivities where we will spend the afternoon sampling another of the 18 beer halls set up especially for the festival. In addition to the famous beer tents there is plenty to see and do outside from culinary curiosities to amusement rides for the thrill-seekers!

This morning we visit the Dachau Concentration Camp Memorial Site. Located 20 kilometres north of Munich, Dachau was the site for one of the Nazi’s first concentration camps for political prisoners. Today the site is an incredible memorial to the horrors of that era.

This evening we have our final night at the world’s biggest beer festival!

We return to Lyon today ahead of a massive weekend of World Cup rugby action!

Today we have time to explore central Lyon, act like a local with a stroll along the banks of the Rhone to the botanical gardens at Parc de la Tête d'Or.

Tonight Lyon’s Parc Olympique Lyonnais sees another massive Pool A match as the All Blacks take on Italy. Italy will need a win against either the hosts or the Kiwis if they are to qualify for their first ever quarter-final, will tonight be the night?

This morning we take a ride on the Lyon funicular to Fouviere’s Basilica of Notre-Dame. The Basilica dominates the Lyon cityscape and affords excellent views over the city.

This afternoon we settle in for matches featuring Argentina, Fiji and Scotland as each side tries to lock-in unexpected places in the knock-out stages of the tournament.

This afternoon we travel to Saint-Etienne for Australia's final group match in Pool C against winners of the final qualification tournament.

We will have details on extra nights of accommodation and departure transfers available closer to the event.